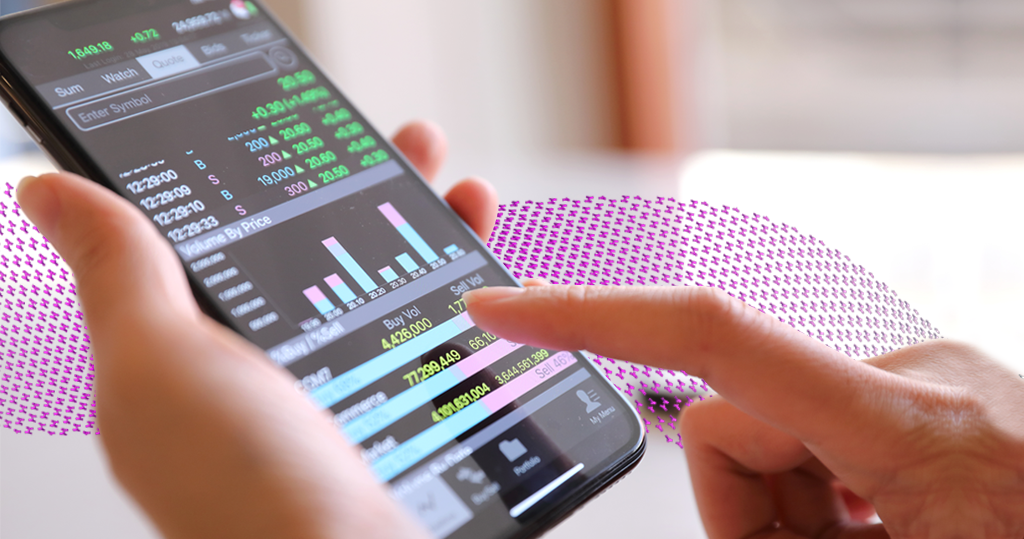 Symbol has been designed to serve entrepreneurs, firms, and institutions that require the use of a modern, efficient, and easy to use blockchain platform.

Along the Symbol development process, it became clear which enhancements would allow the platform to solve the most problems and therefore benefit commercial entities the most. In turn, it also became clear that businesses operating in a number of innovative sectors would be at the forefront of adopting Symbol. These include firms operating in construction, data management, logistics, notarization, finance, and asset management.

Businesses operating within the world of finance and wealth management, in particular, need a platform that would support the administration and management of tokenized digital assets. In this article, we will explore just how and why Symbol is poised to support the emerging tokenized asset sector.

Before we continue, it’s best to try and gain a good understanding of what tokenization actually is.

Tokenization can be described as being the process of taking an asset of any type and creating its digital representation in the form of a token that can be recorded, stored, and/or transferred via a blockchain network. To simplify this further, tokenization allows anyone to take a physical object, like a piece of art, and create a blockchain-based token that represents its value on a distributed ledger network.

The same can be done for intangible objects such as software, game credits, and computer generated characters.

The process of tokenization has in turn given rise to the emergence of the Security Token Offering (STO), which represents a merger between an Initial Coin Offering (ICO) and an Initial Public Offering (IPO). ICOs have been used as a way for blockchain-based projects to raise capital in return for their own tokens. Meanwhile, IPOs are a more traditional way for a private corporation to raise funding by offering shares to the public via a new stock issuance.

As a result, an STO resembles a tokenized IPO which offers tokenized digital securities, such assets are also known as security tokens.

Security tokens face stricter regulations than those offered in ICOs and are often only made available to accredited investors or members of the public who have passed the necessary trading prerequisites in any said jurisdiction.

They are also generally more complex in nature than a standard ICO token. Security tokens often need to incorporate investor restrictions, stringent verifications, and features such as dividends, redemption, and early settlements.

Each nation has its own way of determining qualification of an asset as a security. In the USA, for example, a token that passes the Howey Test is deemed to be a security token, and falls under the regulations and auspices of the country’s Securities and Exchange Commission (SEC).

These tokens generally derive their value from an associated, valuable asset. They allow regulated private companies to raise funds by creating digitized representations of traditional financial products such as shares, bonds, and even collectibles. Security tokens represent modern, streamlined versions of financial offerings.

Security tokens present a number of benefits to regulators, issuers, and holders. These tokens offer an eased transfer of value for their holders. They also allow regulators and issuers to lower their costs, as compliance and monitoring of on-chain assets is less resource intensive. As a result, tokenization, and STOs in particular, are set to grow significantly in importance over the coming years, and Symbol has been developed to support this emerging market sector.

Symbol builds upon the previous technological and business developments of the NEM NIS1 chain. This extends to expansion of on-chain asset issuance.

A notable example of security tokens on Symbol is the LBCoin initiative, in collaboration with The Bank of Lithuania.

The LBCoin project involves the bank releasing 24,000 digital collector tokens later this year, with each token representing one of the 20 signatories in Lithuania’s declaration of independence. The tokens are also being divided into six categories related to the signatories’ areas of activity, with 4,000 tokens going into each category.

The coins make up a collectors set, and the digital coins have been created using NEM blockchain technology and will be stored on a private wallet held by the Bank of Lithuania via the bank’s LBCOIN e-shop. The coins can also be transferred to a public NEM wallet in the future, and transferred to other users.

Anyone buying the coin will be given six randomly selected tokens with swaps and exchanges needing to take place in order to obtain a complete set.

The Bank of Lithuania is also issuing 4,000 physical silver coins at the same time, and anyone possessing the complete set of tokens will be able to redeem a physical silver coin which will not be on general sale. This collaboration represents a significant step forward for NEM in regards to hosting digital assets with Symbol, a testament to the acceleration of tokenization efforts which the NEM NIS1 chain started.

A partnership with VNX Exchange has also been secured, with the goal of facilitating a wave of security tokens on Symbol.

VNX specializes in venture capital (VC) and in helping startups receive VC funding. The platform hosts close to $170B in VC investments, with over 10,000 startups being funded through it. VNC is advancing into becoming a home for tokenized venture capital assets, and it will use Symbol in order to modernize the VC process, opening up startup fundraising to new investors.

This represents a hint of things to come, and highlights the importance of business development and commercial innovation for everyone working with Symbol.

Symbol comprises a unique tech stack that opens up a world of possibilities with regards to tokenized assets. It provides stakeholders, including exchanges, investment houses, brokers, and private firms, with a ready-made platform designed to facilitate the operational needs of modern finance. Operations like issuing, storing, transferring, and monitoring of assets are eased, while maintaining eased regulatory compliance.

In order to maximize its potential, Symbol has been developed from scratch using 100% new code. This has enabled a considerable upgrade of NEM NIS1 chain’s capabilities for enterprise solutions.

Symbol incorporates improvements in security, efficiency, configurability, and ease of use, as well as incorporating features which directly serve the tokenization process. The feature set includes the ability to create smart assets using Mosaics, in addition to Aggregate Transactions, which allow multiple transactions associated with multiple assets and multiple senders/recipients to be bundled into a single transaction.

This paves the way for groups of investors to pool together in order to make their investments, while enabling trustless fulfillment of various scenarios, including the cancelling of a transaction if certain provisions are not met. An example would be transaction cancellation and subsequent refunds if a minimum number of participants or minimum investment/payment threshold has not been reached.

In addition, Symbol incorporates a number of features that facilitate the issuance and management of security tokens. These include multi-level multisig, account/asset filters, asset freezes/locks, and enhanced metadata capabilities.

This comprehensive feature-set allows Symbol to address key aspects of managing security tokens such as whitelisting, restrictions, token issuance, and token trading. Some examples include:

● Whitelisting – Exchanges and KYC providers can maintain their own whitelists and keep private data ​off-chain. Any necessary information can be added to accounts as metadata. For example, KYC/AML checks can be performed with the information being added to accounts, along with an expiry date.

● Restrictions – Accounts can be tagged with restrictions relating to jurisdiction, investor status, and minimum/maximum investment amounts. Token issuers and platforms can add a tag in the form of metadata or token to an account and a verify function or protocol to verify compliant transfers.

● Token Issuance – Prerequisites such as account backups can be fulfilled by utilizing multisig account features to create secure backups. Additionally, information disclosure requirements can be addressed by attaching key info, such as a specific shareholder agreement, to the token with metadata. Info such as legal name, ticker, and International Securities Identification Number (ISIN) can be added with the token being generated via the Mosaic feature.

● Token Trading – In order to ensure the trading of tokens between authorized parties, such as exchanges, brokers, and accredited investors, assets can be created with a property that requires account metadata keys to match the metadata keys of a given asset, in order for an account to hold the asset. Additionally, the account and asset metadata keys must be assigned by the same signer: the asset issuer.

These are just some of the ways that Symbol allows various stakeholders to overcome the management, administrational, and regulatory challenges related to dealing with security tokens and STOs.

In addition, the publication of the standards for the issuance of security tokens are now publicly available on GitHub and detail the process of registering and managing a security token within the Symbol network. The new published standard allows financial institutions and governments to configure an asset tokenization system using Symbol, and then customize it in a wide variety of ways in order to create a digitized asset.